The Blackley site presented one of Harrow Estates’ biggest challenges. The derelict site had been used for manufacturing dyestuffs and vulcanized rubber since the late 19th Century, with previous owners including AstraZeneca and ICI.

The 44 acre site was split into four parcels; the former production site, the storage and railhead area, laboratories and Recreation Ground.

The former production site and laboratory site were bisected by the River Irk which in its canalised form was prone to flash flooding. and required considerable hydraulic modelling. The works to all four sites were undertaken over a 2 year period, including: 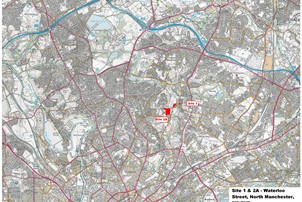 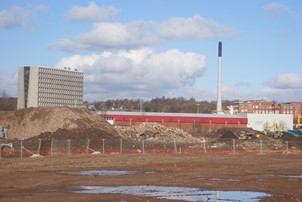 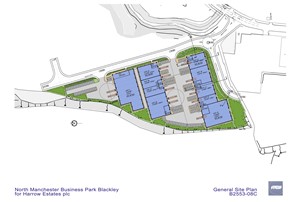